Anywhere from 10 minutes to all night long, depending on the magnitude of the incoming solar wind. "Coronal holes" consistently produce nice auroras but big solar flares and CMEs-coronal mass ejections are responsible for global-wide aurora displays…the BIG shows!

No! It is a myth that the northern lights happen only when it's cold. They happen year-round and since there is more darkness to see them in the winter people associate the cold winter with the auroras. August and September is a great time to see the Aurora while wearing a T-shirt and shorts!

Statistically, springtime (March/April) and autumn (September/October) contain the most "geomagnetically disturbed days" which means more aurora activity...although you're bound to see the lights in October, November, December, January and February if you spend enough time looking up.

In Yukon, it's dark enough to see the northern lights from about August-through-April. During May, June & July it's just too bright in to see them in the "Land of the Midnight Sun."

If you are planing to join the Aurora Viewing Tour, we recommend to arrive at the Whitehorse Airport before 8pm, then you have enough time to prepare for the tour.

Many restaurants serve local food like Arctic Char which comes from the arctic area. Also, meats like bison and reindeer are served as part of traditional meals. In the very far north you can also expect to taste traditional indigenous meals.

The colours of the aurora are determined by the composition of gases in the Earth's atmosphere, the altitude at which the aurora occurs, the density of the atmosphere, and the level of energy involved.

Green, the most common colour seen from the ground, is produced when charged particles collide with oxygen at lower altitudes (around 100-300 km). Occasionally, the lower edge of an aurora will have a pink or crimson fringe, which is produced by nitrogen molecules (around 100 km).

Higher in the atmosphere (300-400 km), collisions with atomic oxygen produce reds instead of greens. Since the atmosphere is less dense at higher altitudes, it takes more energy and more time to produce red light (up to two minutes), whereas green light can be made quickly at lower altitudes (about one second).

Hydrogen and helium can also produce blue and purple, but those colours tend to be difficult for our eyes to see against the night sky.

In northern regions like the Yukon, the best time to view the aurora is from late August to mid-April. During the summer months the night skies are not dark enough to see the aurora borealis even at times when the solar wind activity is strong. In midwinter the temperatures may fall to the minus 40 degree range and it is important to wear appropriate winter clothing (please see “winter clothing packages”) to enjoy the displays.

We like moonlight because it lights up the foreground and makes the sky a deep blue instead of pitch black like with no moon. We watch the lunar phase very carefully to allow for best light compositions for photography.

Basically, it is very difficult to take night photos with a cellphone. To capture the Northern lights you will need to position your camera on a tripod to make sure you don't have any motion while you take a photo. We recommend to bring a camera which has a manual mode, which most medium-priced cameras have nowadays.

It is not mandatory, but we recommend it. December to April, the temperature drop to around -20 to -25℃, so our winter gear helps you to enjoy any tour comfortably and safe. We strongly recommend to wear our rental winter gear during snow shoeing, ice fishing, and Aurora Viewing tours.

For starters set the camera on a tripod, adjust the ISO setting up to 800 or 1600, set the f-stop wide open (lowest number like f2.8) and start bracketing the exposure times. Try 5 seconds, 10 seconds and 20 seconds. If the picture is still black and underexposed then try 30 seconds and keep raising the ISO until something shows up on your LCD monitor.

Aurora is a luminous glow of the upper atmosphere caused by energetic particles entering the atmosphere from above.
This definition differentiates aurora from other forms of airglow, and from sky brightness that is due to reflected or scattered sunlight. Airglow features that have "internal" energy sources are more common than aurora. For example, lightening and all associated optical emissions like sprites should not be considered aurora.

On Earth, the energetic particles that make aurora come from the geospace environment, the magnetosphere. These energetic particles are mostly electrons, but protons also make aurora. The electrons travel along magnetic field lines. The Earth's magnetic field looks like that of a dipole magnet where the field lines are coming out and going into the Earth near the poles. The auroral electrons are thus guided to the high latitude atmosphere near each pole. As the electrons penetrate into the upper atmosphere, the chance of colliding with an atom or molecule increases the deeper they go. Once a collision takes place, the atom or molecule takes some of the energy of the energetic particle and stores it as internal energy while the electron goes on at a reduced speed. The process of storing energy in a molecule or atom is called "exciting" the atom. An excited atom or molecule can return to the non-excited state (ground state) by sending off or emitting a photon, i.e. by making light.

To answer this, we start with the sun whose energy production is far from even and fluctuates on an 11 year cycle. Maximum production coincides with high sunspot activity when processes on the sun’s surface throw particles far out in space. These particles are called the solar wind and cause the northern lights.

The sun’s surface temperature is approximately 6,000°C, much cooler than the interior which is several million degrees. In the sun’s atmosphere or corona, the temperature rises again to several million degrees. At such temperatures, collisions between gas particles can be so violent that atoms disintegrate into electrons and nuclei. What was once hydrogen becomes a gas of free electrons and protons called plasma. This plasma escapes from the sun’s corona through a hole in the sun’s magnetic field. As they escape, they are thrown out by the rotation of the sun in an ever widening spiral – the so-called garden-hose effect.

After 2-5 days’ travel trough space, the plasma reaches the earth’s magnetic field compressing it on the daylight side of the earth, and stretches it into a “tail” on the night side. A few of the particles penetrate down to the earth along the lines of magnetic field in the polar areas. Most, however, are forced around the earth by the magnetic field and enter the “tail” which stretches out into a long cylinder. Its diameter is equivalent to 30-60 times the earth’s radius, and its length up to 1000 times the same radius. It is, in effect, as if the earth’s magnetic field creates a tunnel in the plasma current from the solar wind. Inside one end is the earth, and around its surface the earth’s magnetism and the solar wind interact. The magnetic tail is divided into two by a sheet of plasma. The magnetic field lines from the earth’s north and south pole stretch out in their respective halves such that the fields are in opposition. The electrons and protons in each half of the plasma rotate in opposite direction forming a huge “dynamo” with the positive pole on the side of the plasma sheet facing dawn and the negative pole facing evening. The “dynamo” is driven by the current of charged particles between the two poles.

When the northern lights break out the following happens. The solar wind strengthens and the magnetic tail becomes unstable. Charged particles dive inwards towards the center of the tail and cause it to increase in length and to taper. The particles draw the magnetic field lines toward the center where they meet causing a magnetic “short-circuit” approximately 15 times the earth’s radius above the earth on the night side. This occurs especially at the “dynamo’s” two poles where a large amount of energy becomes stored. The magnetic field lines from both sides of the plasma layer now act as conductors in the “dynamo’s” outer circuit.

To see aurora you need clear and dark sky. During very large auroral events, the aurora may be seen throughout the US and Europe, but these events are rare. During an extreme event in 1958, aurora was reported to be seen from Mexico City. During average activity levels, auroral displays will be overhead at high northern or southern latitudes. Places like Whitehorse, Yukon; Yellowknife, NWT; Gillam, Manitoba; the southern tip of Greenland; Reykjavik, Iceland; Tromsø, Norway; and the northern coast of Siberia all offer a good chance to view the aurora overhead. In North Dakota, Michigan, Quebec, and central Scandinavia, you might be able to see aurora on the northern horizon when activity picks up a little. In the southern hemisphere the aurora has to be fairly active before it can be seen from places other than Antarctica. Hobart, Tasmania, and the southern tip of New Zealand have about the same chance of seeing aurora as Vancouver, BC, South Dakota, Michigan, Scotland, or St. Petersburg. Fairly strong auroral activity is required for aurora viewing in those locations.

The best time to watch for aurora is around midnight, but aurora occurs throughout the night. There are very few places on Earth where one can see aurora during the day.

Since clear sky and darkness are essential to see aurora, the best time is dictated by the weather, and by the sunrise and sunset times. The moon is also very bright, and should be taken into account when deciding on a period to travel for the purpose of auroral observation. You might see aurora from dusk to dawn throughout the night. The chances are higher for the three or four hours around midnight.

We do not offer any rental cameras, but we offer a photo service and rental tripod. If you do not want to bring big camera, our Aurora guides will take your photo with northern lights and you can choose to purchase it if you like it. 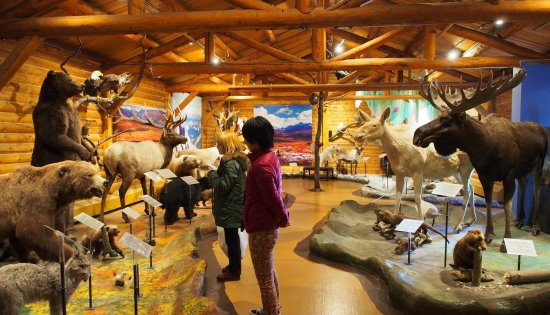